Patience is a NEEDED quality of an entrepreneur

It’s a trendy word these days… “Entrepreneur” -But I bet that a lot of the new “digital economy” entrepreneurs don’t realize the unpredictable journey that they’re about to go on. Recently, I had the pleasure of speaking with Steve Allerton, inventor of the Dolphin Whistle, and he shared his amazing story with me.

Back in the late 1970’s Steve was ready for a change in his life and set sail (literally) on a rickety 24 ft sailboat heading to Key West, Florida. Steve faced economic challenges, love affairs and roughly 13 bad boat motors that turned his initial 4 to 6 month voyage into a 7 year journey!! He worked in ports along the coastline to keep his dream alive, even made bamboo flutes to sell. While sailing, Steve noticed he attracted a lot of dolphins along the way, and felt a soulful connection to them. It was at that moment he had an idea for a whistle that could communicate back to them. When Steve finally arrived in Key West, he got a job as a jeweler in one of the local shops, and was able to make initial Dolphin Whistles out of scrap gold and silver. His knowledge of flutes and other musical instruments guided him toward the right sound pitch. By the early 90’s Steve bought the domain dolphinwhistle.com and realized the opportunity to sell this whistle worldwide. In order to make this happen he had to figure out a cheaper, more efficient way to mass produce them.

Not knowing how to begin, Steve started searching the internet and found Toth Mold/Die, Inc. which specializes in custom injection molding and injection mold building. This was another moment of truth for Steve, should he take a calculated risk and invest in the mold? He decided to pull the trigger and make it happen by selling his rare guitar collection to provide the necessary funding for the mold and the first product run. Toth Mold/Die’s Strategic Partner, RBD Company designed a dolphin whistle part that could be injection molded.
Below is a recent Dolphin Whistle production run… 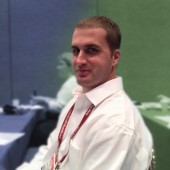 Entrepreneurs You Meet on a Virginia Roadtrip

7 Ideas for the Perfect Staycation

Using Digital Apps to Map a Localized Trip to Oahu